The Kraków fortifications - a European phenomenon

The Kraków Fortress is a unique set of military facilities on a European scale. At the threshold of World War I, the fortress covered an area of over 500 square kilometres, and its perimeter was about 60 kilometres.

In 1850, Emperor Franz Joseph I issued a decree to build a fortress around Kraków. Some believed that its construction was due to the need to supervise the city and suppress possible uprisings. Historians emphasise, however, that the transformation of Kraków into a mighty fortress had other reasons. The Austro-Hungarian Monarchy was increasingly afraid of Tsarist Russia, and Kraków was strategically located. It blocked both the possible direction of attack from Warsaw and Lviv. It closed the road to Vienna and made it impossible to get through the river valleys to Slovakia. 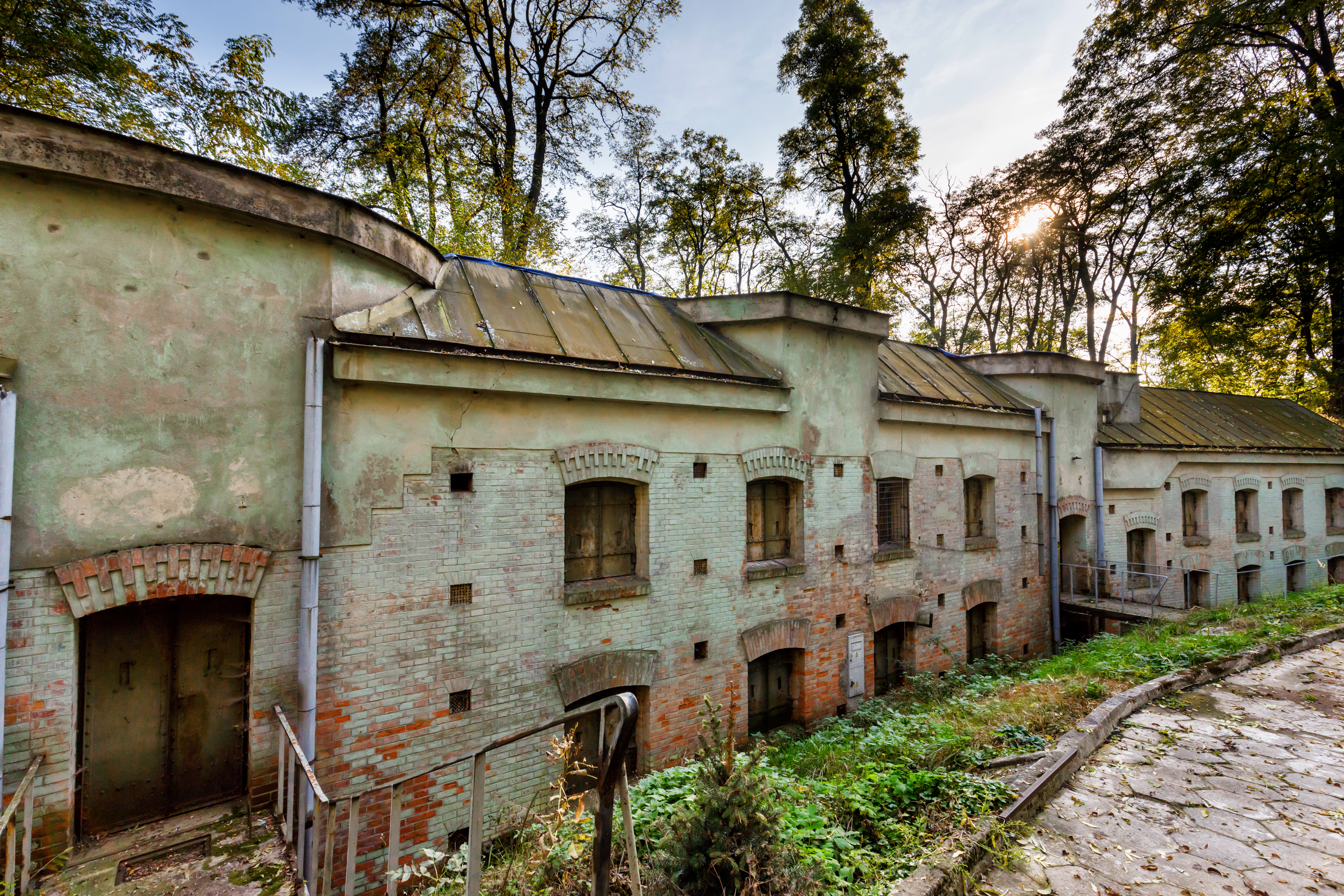 The base of the Habsburg fortress became the walls around Kraków and Podgórze, which were then separate cities. Work progressed quickly, although the builders had to contend with various obstacles. The landslide and collapse of the wooden Bastion VI were even commemorated with an occasional Kraków chant: “No need for Muscovites, because it will collapse by itself. Come ye French, see the ruins”. Fortunately, this did not happen. The fortress’s construction, reconstruction and modernisation lasted practically until the First World War, which resulted in the creation of massive fortifications: brick and concrete armoured and artillery forts, field entrenchments, earthworks. The forts were organised into defence regions. Each region had a certain autonomy in fighting and had a separate composition and command. This resulted in eight defence regions:

Kraków in the Fortress ring

The expansion of the fortress coincided with a period of revolutionary changes in the development of artillery, which, in the second half of the 19th century, played a decisive role on battlefields. Its power and accuracy increased considerably. The several-fold increase in projectile capacity and range forced the creators of fortifications to build defensive elements further and further away from the core of the fortress, i.e. the city centre. Three rings of fortifications surrounded Kraków. The first, at a distance of only 600-800 metres from the Market Square, was constructed in the 1860s. Its course is marked today by the Aleje Trzech Wieszczów, and its symbols are Bastion III Kleparz and the recently discovered relics of Bastion V Lubicz (Mogilski Roundabout). The outer defence line, furthest from the Market Square, was erected at the turn of the 19th and 20th centuries. It already had a circle with a radius of up to 11 kilometres, and its markers are the forts in Kosocice, Bodzów, Pasternik, Tonia and Grębałow, which are distant from each other. As a result, before World War I, one of the largest European fortresses was established in Kraków. It occupied an area of over 500 square kilometres. Its perimeter was about 60 kilometres.

The forts that defended Kraków

During the early phase of World War I, the Kraków Fortress played one of the main roles on the Eastern Front, with almost no fighting. Thanks to the fortress, the Russian army did not capture the city of Kraków during an offensive in November and December 1914. The tying down of the considerable forces of the enemy in the foreground of the fortress allowed the Austrians to regroup their troops; a winged, victorious attack near Limanowa, and then, in May 1915, with the support of the German army, to crush the Russians in the murderous battle of Gorlice and to move the front far to the east. In the last weeks of World War I, the mighty fortifications of the fortress failed to protect the Austro-Hungarian garrison from disintegration. Without bloodshed, they passed into the hands of the organising Polish Army. After World War II, part of the fortifications of the Kraków Fortress was destroyed. Today, many of the forts are abandoned, undeveloped and deteriorating. Only a few have been modernised, renovated and used for other purposes, such as the Municipal House of Culture, an equestrian school or a museum.

Kraków’s defensive works are a rarity on a European scale. It is a treat for lovers of military, history and exploration of forgotten places. The Tourist Route of the Fortress of Kraków includes more than 100 military facilities in the city and its surroundings, including 38 prominent forts. It can be travelled on foot or by bike, but it is worth dividing the trip into several smaller sections - the total length of the route is almost 100 kilometres! The trail is divided into two main sections.

Hikers follow the yellow-black-yellow trail. This colouring is not accidental - these are the colours of the Habsburg monarchy. The sightseeing “Route of the Former Fortress of Kraków” connects most of the fortress facilities located on the city’s outskirts and is meant to popularise another tourist attraction of Kraków. Upon the initiative of the Military Branch of the Polish Tourist Society in Kraków, named after General Jozef Bem, a Tourist and Sightseeing Badge called “The Fortress of Kraków” was created.

The second life of a fortress

Some of the forts have passed into the hands of private owners and are still in use today. Fort 38 Skala has been converted into an astronomical observatory of the Jagiellonian University. The Olszanica and Grebałow forts house stud farms. The Salwator Fort Kościuszko is the headquarters of Radio RMF FM, while the former Bastion III Kleparz houses a famous music club. Work is currently underway on the renovation of Fort Tonie: it will be the headquarters of the Kraków Stronghold Museum in the future. Fort 49 Krzeslawice, which houses the Youth Culture Centre, is a prime example of fort renovation and development. The renovation of this fort has been noticed and appreciated, among others, by the Polish National Committee of the International Council for the Protection of Monuments - ICOMOS. After a visit in 2018, representatives of the Council stated that the revitalisation works carried out on Fort 49 could serve as a nationwide model for other such activities. However, this is only one side of the coin. Many forts in Kraków are not developed and are in various, often bad technical condition. The Kraków Stronghold Route is something unique, a phenomenon on the scale of Europe. It is a “product” with enormous tourism and marketing potential.

Check out some of the forts